Neurophroline is a powerful active ingredient that, in just two hours, reduces the production of cortisol, the main stress hormone, by 70%.

We knowthat stress has negative consequences for our health, but the condition of our skin is also affected by how we feel. Especially these days when we are living days of uncertainty and worry. It has been shown that negative emotions produce premature aging of the face and that this affects women more, causing dryness, redness, flaccidity, lack of luminosity or the presence of bags. But how can a face cream control the effects of stress on our skin?

The answer lies in neurocosmetics, a branch of cosmetics that intervenes in the relationship between the skin and the nervous system by repairing the connections affected by the passage of time and by stimulating the natural strength of the skin. Facialderm, the first neuro-cosmetic firm to combat the signs of facial stress, has just launched an innovative line containing Neurophroline® as the main ingredient. The action of this powerful active ingredient reduces the production of cortisol, also known as the stress hormone, by 70% in just two hours. Thanks to the release of calming neuropeptides capable of stimulating the synthesis of β-endorphins, in two weeks our face will present a fresh, moisturized and luminous appearance, improving our well-being and reducing the appearance of redness. 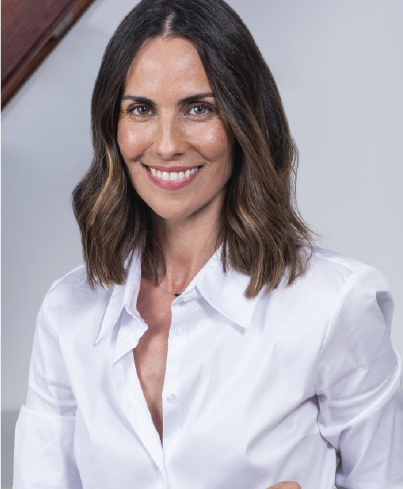 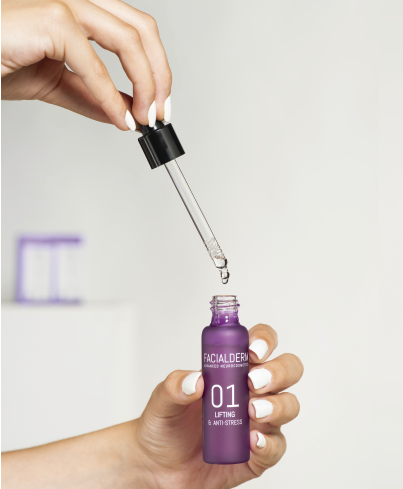 The Facialderm Anti-Stress and Anti-Ageing linehas been developed with active women with a demanding lifestyle in mind. This treatment combines dermatology and neuroscience with the aim of neutralizing the effect of the emotional impact on our face, offering different products that are adapted to the needs of each skin. Although the effects of stress are usually similar in all women, age and skin type will mark the care routine. The treatment is composed of five specific action serum boostersand two facial creams,which can be combined according to the needs of each skin. Thus, for example, the formula for a woman with skin blemishes who practices sport outdoors would be Repair + Anti-Blemish + Cream; that of an urban woman with an intense lifestyle would be Lifting + Anti-Pollution + Cream and the formula that would work with a woman with oily skinwho spends many hours in front of the computer would be Seboregulator + Anti-Pollution + Cream. The combinations are multiple and are adapted to each woman based on her skin type and her life stage.

In two weeks the release of calming neuropeptides is activated, stimulating the synthesis of β-endorphins, improving the skin’s well-being thanks to the treatment’s antioxidant and purifying power. The result is a more hydrated, smoother, firmer and brighter skin. Redness and bags are reduced, cell regeneration processes are reactivated and the skin is de-stressed and recharged with energy from within through our brain. And who says we can’t benefit from the results of the treatment in reverse? It is certain that the firm, luminous and relaxed aspect of the face improves our state of mind, thus closing a circle of well-being that defies traditional cosmetics, achieving a double objective: cosmetic efficiency and emotional well-being.

Personalize your treatment by combining five specific action boosters and two facial creams to fight dehydration, lack of firmness, lack of luminosity and bags.Mix them together based on your age, skin type and lifestyle to find your perfect formula. 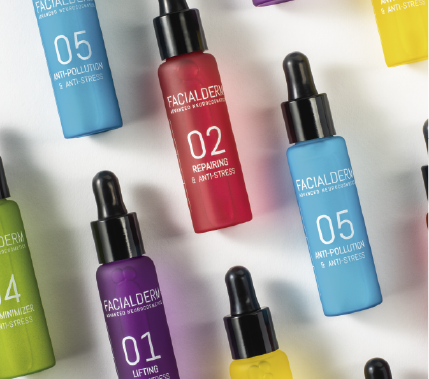 This facial serum is the ideal shock treatment for tired and devitalized skin that needs an extra boost of energy to restore its natural balance in a few days. This booster liftingserum is formulated with moisturising, regenerating and energising active ingredients to restore the vitality of mature skin. Its main ingredients are Neurophroline®, hyaluronic acid, peptides and an energizing complex of plant extracts. 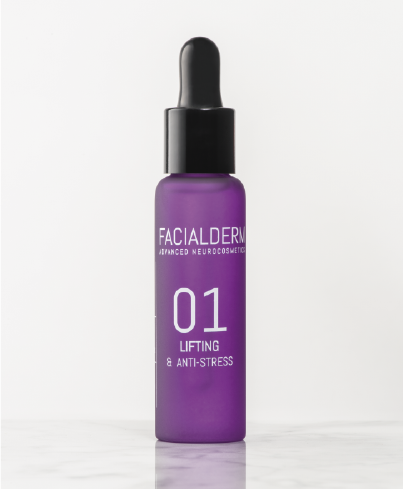 If your skin is sensitive, atopic and prone to rosacea, your option is the Repair & Anti-Redness Serum Booster. It has moisturizing, regenerating and soothing active ingredients that soften the skin and restore its comfort and well-being. Among its main ingredients are aloe vera, vitamin B, Neurophroline® and allantoin, a chemical substance that serves as a natural regenerator and healer. 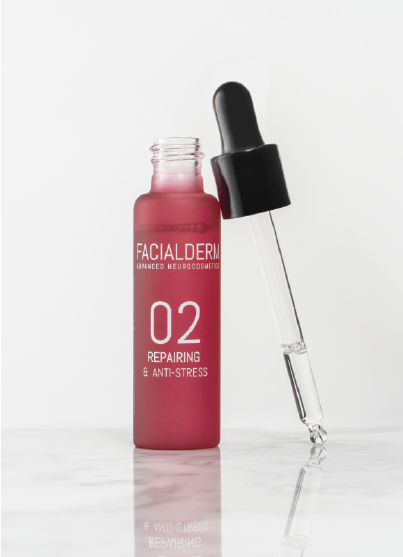 Designed for the comfort of middle-aged and mature skin, with spots or exposed to sun and UVA rays. This anti-blemish booster serum is formulated with moisturizing, antioxidant and depigmenting active ingredients that reduce and correct blemishes and prevent their appearance by unifying tone and increasing luminosity. Neurophroline is again the main active ingredient to which vitamins C and B3 and a powerful depigmentation plant active ingredient from Africa are added. 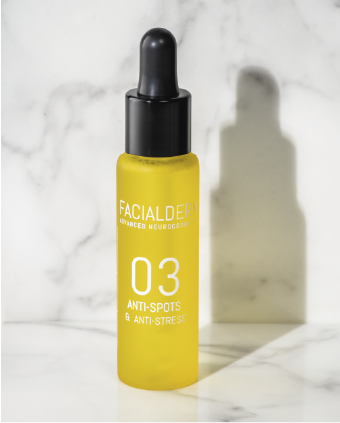 Do you need to control the grease and glitter? This pore-reducing serum booster has been specially formulated for mixed and oily skins that need moisturizing, sebum-regulating and astringent active ingredients to normalize sebum secretion and regulate pore size. Its main ingredients are bioavailable zinc, an astringent plant extract that immediately reduces pore size, Neurophroline®, hyaluronic acid, vitamin B and allantoin. 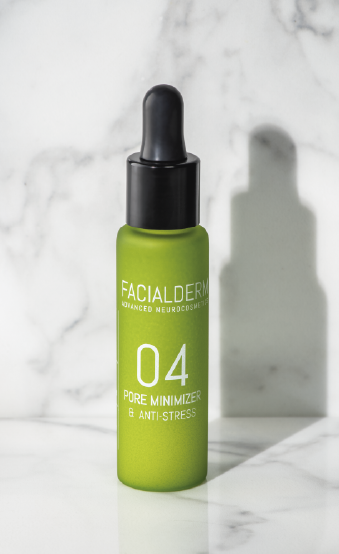 Urban life and the hours we spend in front of our mobile phones and computers put our skin’s well-being to the test. This Serum Booster is formulated with moisturizing, antioxidant and detoxifying active ingredients with high anti-pollution power that offer high protection against heavy metal pollutants in the air and against blue light from electronic device screens. It is indicated for all skin types and its main ingredients are antioxidant plant extracts, marine glycogen, Neurophroline® and vitamin B5. 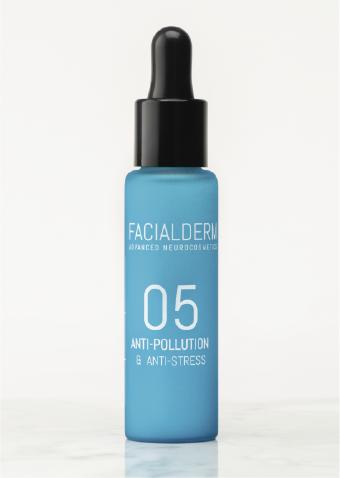 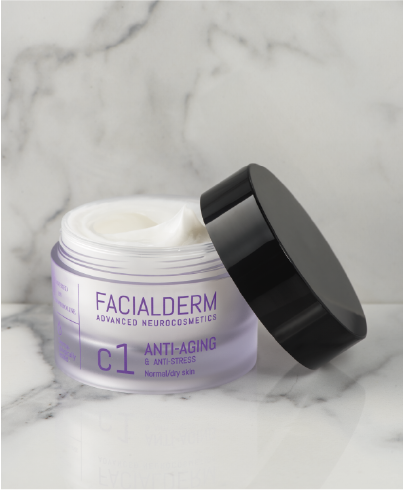 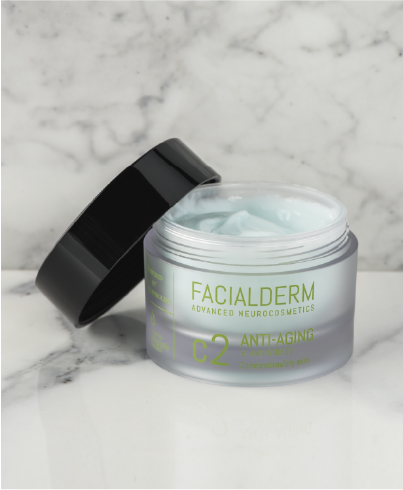 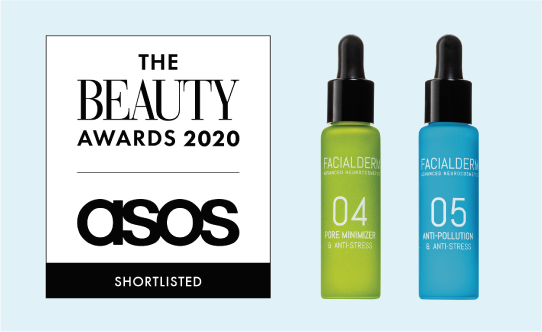 The products are at the final in the categories: “New Targeted Skincare Solution 2020” and “New Holistic Wellness Hero 2020”

Cortisol: what it is and how it affects the skin if produced in excess

It is known as stress hormone and produced in high levels can damage the skin.

The right daily care that helps you prevent Maskne

By subscribing you express your consent to receive commercial communications from Facialderm. You can withdraw your consent at any time and consult our Privacy Policy for more information.

Please, select your country or press Continue to ignore

Please, select your country or press Continue to ignore 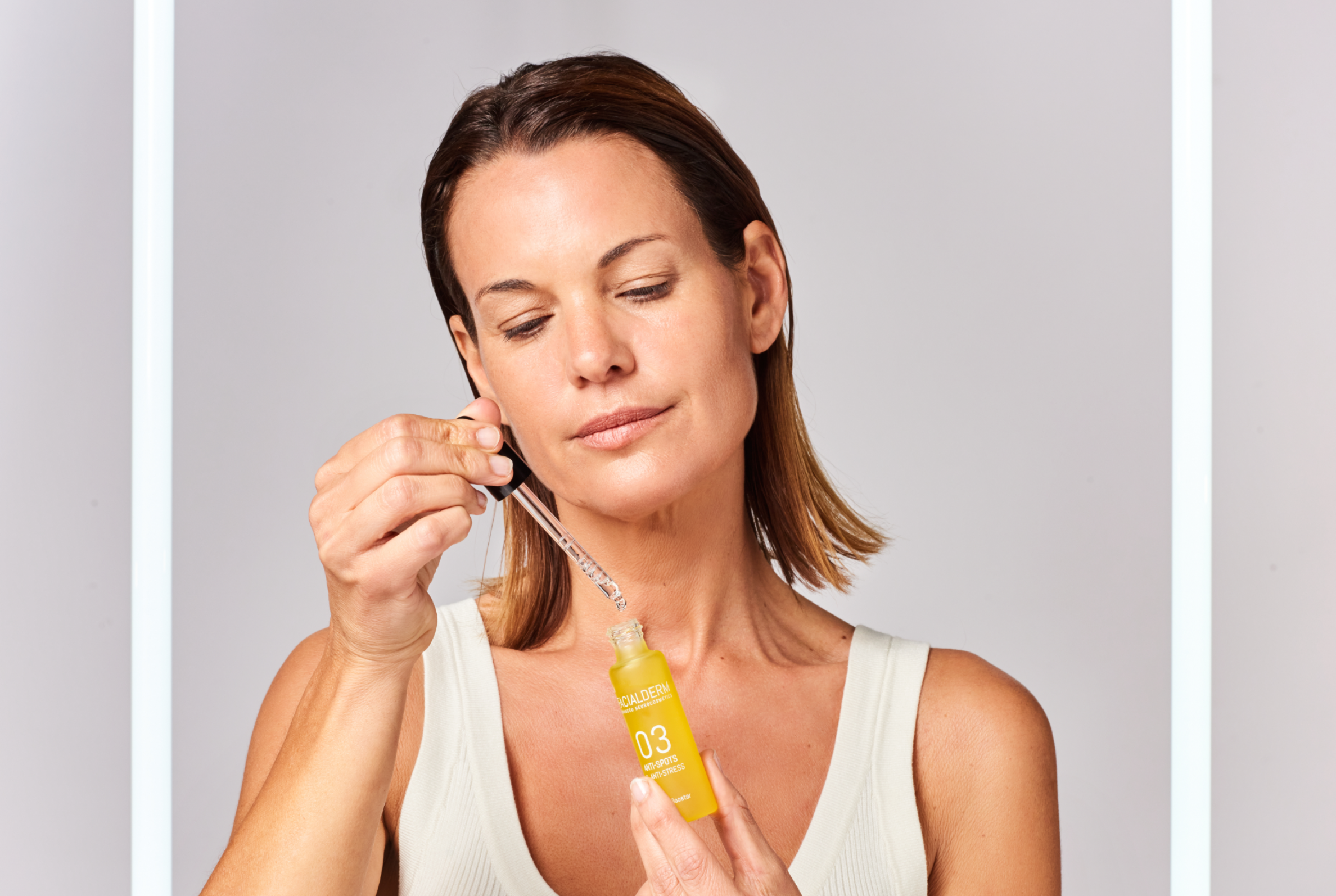